In the four decades that we’ve been in business, we’ve seen some pretty unusual scenarios. There are all sorts of things that can cause problems with your plumbing, and most are run of the mill. Hair clogs, rotten pipes, rusty fixtures, etc. But, there are also some things that plumbers around the world have encountered that are strange, and sometimes downright frightening! Let’s take a look at some of the most unusual plumbing situations that unsuspecting technicians have encountered.

A casino manager in Arizona called their local plumber in near hysterics; all the pipes in the entire casino had suddenly become backed up! This was a real plumbing emergency, and if something wasn’t done quickly, raw sewage could flood the building. This would NOT make for a pleasant experience for their patrons! So, the plumber rushed to the casino and found the culprit in the main sewage line…four Thomas the Train kids toys! Train wreck adverted.

Plumbers were called to a residential home to fix a clog in the pipes. Usually, this is a pretty straightforward job, but after several hours the plumbers were having no luck. They inspected the home more thoroughly and discovered a leak in the ceiling of the living room. To get to the root of the problem, the pipe in the roof, the plumbers cut a hole in the ceiling. To the dismay of everyone, about two dozen baby snakes came pouring out of the pipe in the ceiling! A litter had been born in the homeowner’s pipes. If that doesn’t make your skin crawl, we don’t know what will!

Plumbers responded to a call where the client complained about a clogged toilet. When the technicians removed the item causing the clog, they couldn’t hide their surprise – it was a set of dentures, both the upper and lower pieces! It turns out the client had a bit too much to drink the night before and managed to flush their dentures down the toilet. Whoops!

Plumbers were in the middle of a large plumbing project when something shiny caught their eye. They inspected the item and discovered a beautiful wedding ring! As it turns out, the homeowner’s daughter had lost the ring a decade ago when she put it by the sink. She was overjoyed to have it returned!

We hope you enjoyed these interesting plumbing tales! At Sun Plumbing, we want to handle all your plumbing projects, big or small. If you need a reliable plumber in Brevard County, whether you’re in Viera, Palm Bay, or Melbourne, FL, give us a call. We have been in business since 1974 and are proud to be as “dependable as the sun!” 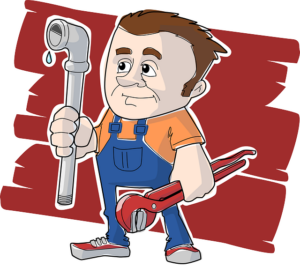